Freshen Up End Of Summer With This White Bouquet

One of the best ways to celebrate Labor Day is the way in which it was intended—as a day of rest. In the late 19th century, it became clear that the American worker’s efforts deserved some recognition, and ultimately, the first Monday in September was adopted nationally as the time to give it. It has since evolved into the long weekend that, along with Memorial Day, bookends the summer. As such, it’s been used as an opportunity to dictate fashion choices (that “no white after Labor Day” rule is the brainchild of wealthy New York socialites), as well as an opportunity to gather with friends and family for pool parties and barbecues. It’s our opinion here at Kittelberger Florist that no matter how you spend September 3, that you maintain a sense of tradition and let this be a day of rest and relaxation.

For an instant refresh of your mind, body and soul, bring some serene, white flowers into your space. It doesn’t matter where you put this palette, it will work with any style and any existing color scheme. Our Elegant White and Green Bloom Bunch demonstrates the hue’s crisp, clean sensibility. Give a bouquet like this a home in your favorite container (again, a multitude of styles will work) and let these gorgeous whites and greens work their calming magic. 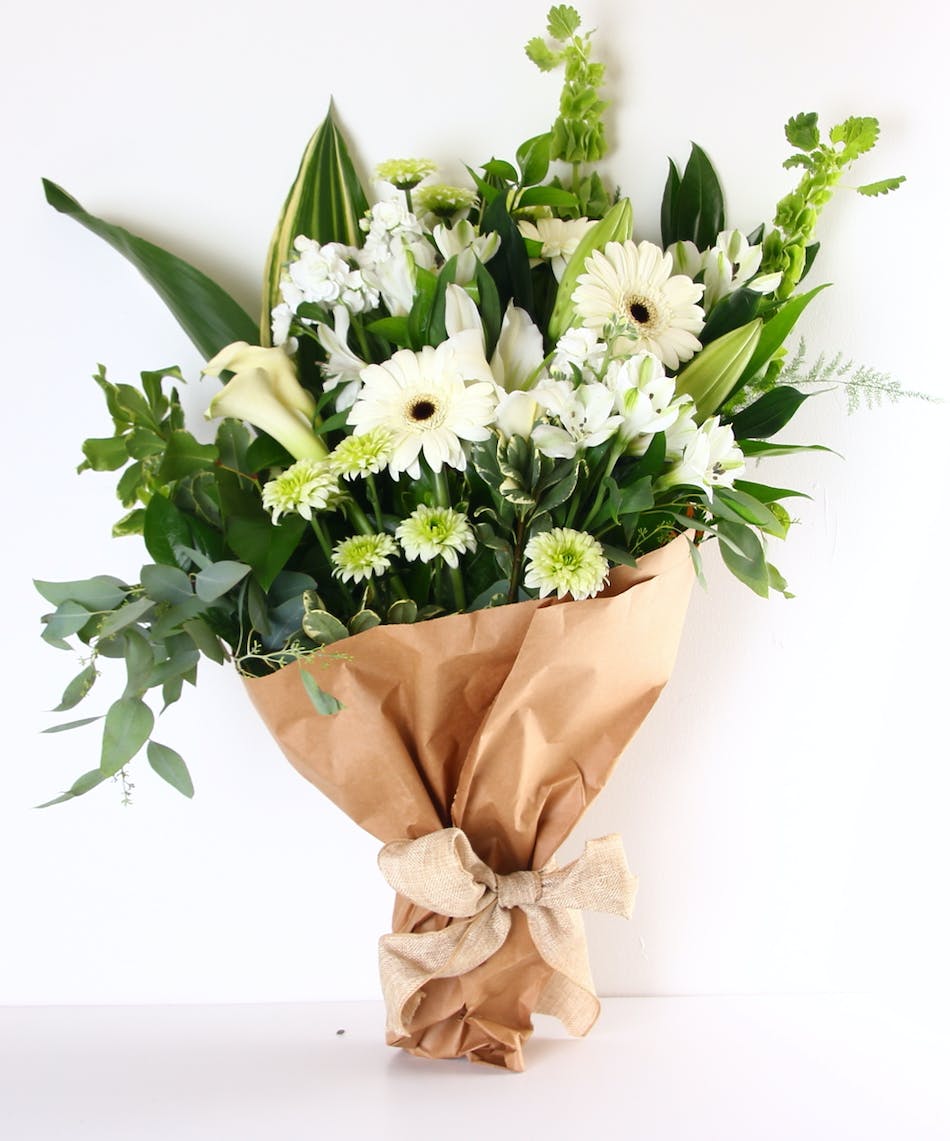 Liberate yourself from any rules about when you can enjoy white—it’s an every season color that, despite its demure nature, has a powerful effect.